My Puppet work over the years and my love for doing goofy voices eventually led me into working with many animation studios, directing the voice actors in creating characters for their shows. I got my start in Singapore in 2001 dubbing Japanese anime into English. Below you can fine some of the best titles I did.  CLICK THE TITLE BELOW TO WATCH THE SHOW.

ONE PIECE
YU-GI-OH
​DETECTIVE CONAN
​
These are just a few, out of the dozens I directed and voiced, that I could find online, but to be honest, the dubbing work got me started and wasn't something that I could get very passionate about. When you do dubbing work, the budgets for it are very small and in Asia that is even magnified so you are always very limited to your V.O. cast and the amount of time you have to polish the final product. So I have to admit it was just a job, but what I really love is working on new projects with clients from scratch and what you see below are examples of some of the newer projects I have worked on.
This is a cute little show called Sam McHam in the Kingdom of FooDoo and it has been a pleasure to work on. Click the YouTube link above to watch check it out.
One of the most recent projects I have done that was very fun to work on as a voice actor as well as a substitute director, was this new show that can be found on Discovery kids, called Insectables. I voice directed about 10 episodes of the show and did quite a bit of voice work on it. Check it out if you can, it's very fun and super entertaining.
​
Back in 2010, I was asked by a friend of mine who owned an animation studio, to help him with the audio on his new kids show produced by Animasia Studios in Kuala Lumpur. I fell in love with the show and ended up voicing the character King Wordy.
Back in 2013 I started working on this fun little show created by Giggle Garage in Kuala Lumpur. It is near and dear to my heart because the cast were all very dear friends and it was a blast to work with them.
​
This show is fun and a little creepy and it's definitely for an older audience. In this show, I actually do the voice of Mr. Fork. This show is from Taktoon studios in Korea and was originally produced in Korean and I directed the English version of the show.

And then there is my show, Hogie the Globehopper. I am certainly directing the audio for this little show I created, based on a short story I wrote when I was 18yo. It is being produced by Lil Critter Workshop in Kuala Lumpur and is slated to go on air in 2017.
​ 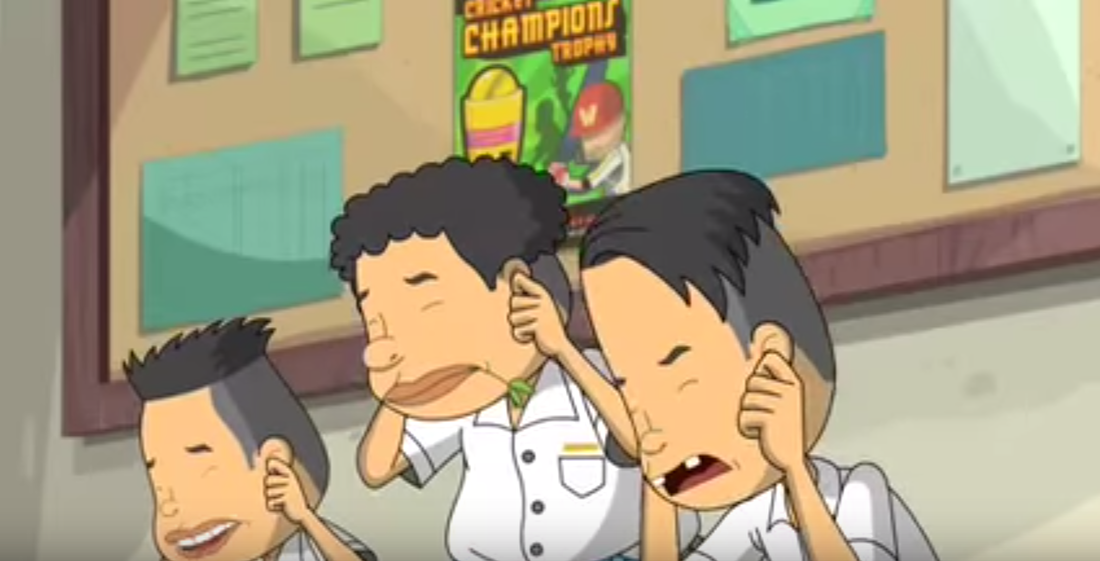 This full length animated movie was produced here in Malaysia for Cartoon Network India. It's about a bunch of Cricket playing kids playing in the big tournament. I wrote the screen play as well as directed the audio. It was produced by the same people who did ABC monsters.
CLICK THE PIC TO VIEW
There are more to come, as there are others I want to add, but there are no examples of them online at the moment. Stay Tuned.